What we learn when we struggle

I wrote the following semi-auto-biographical short story for my Masters in Creative Writing, and thought I would share it: You spent the last four weeks…

Into the monkey’s mouth

Published by Gavin AÞling on September 14, 2022

The monkey pulled on his jaws and dislocated his mouth. “In you go,” he said, although it was hard to understand now that his jaw… 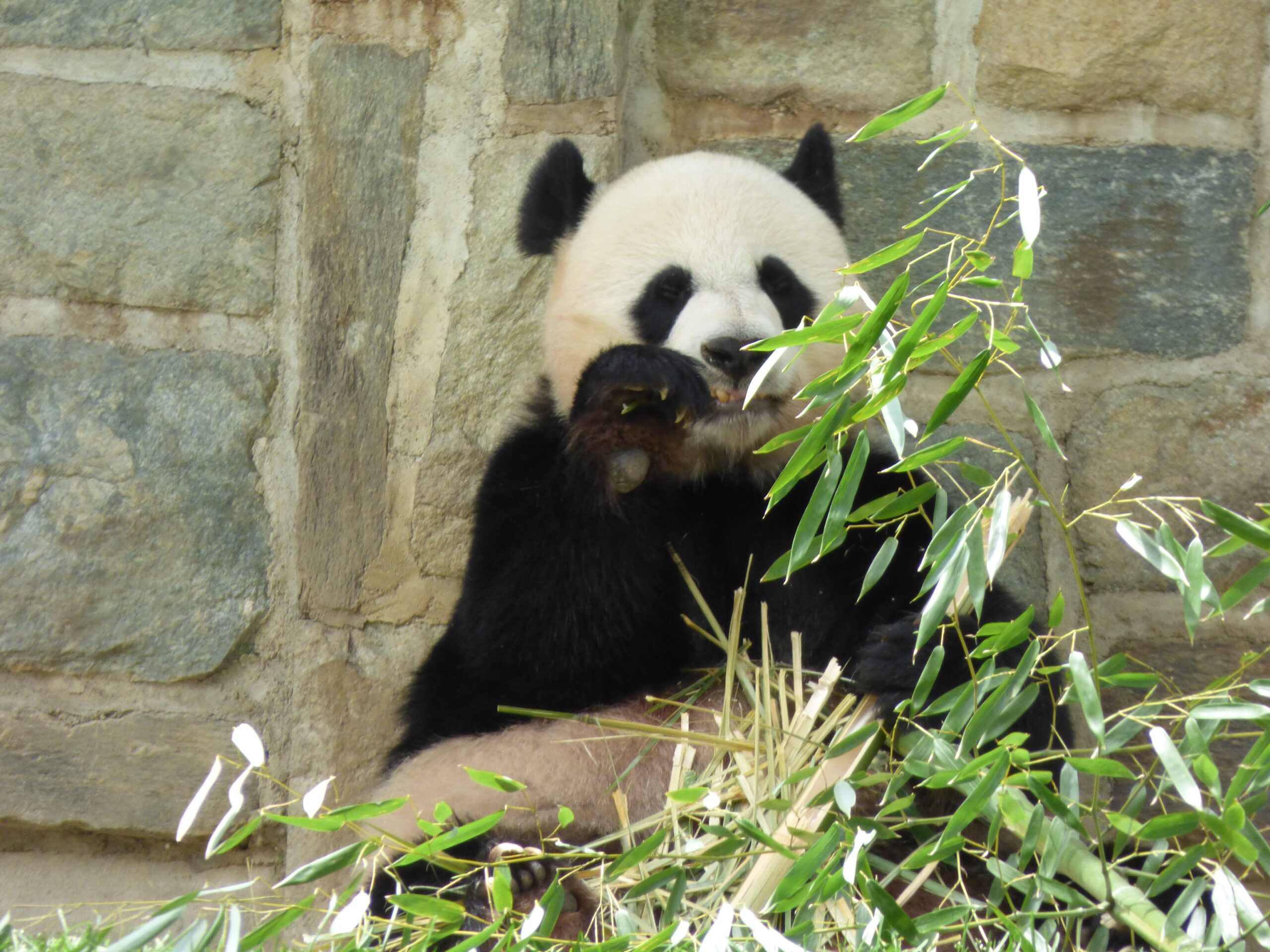 END_OF_DOCUMENT_TOKEN_TO_BE_REPLACED
1 Comment
A letter from God, read to you 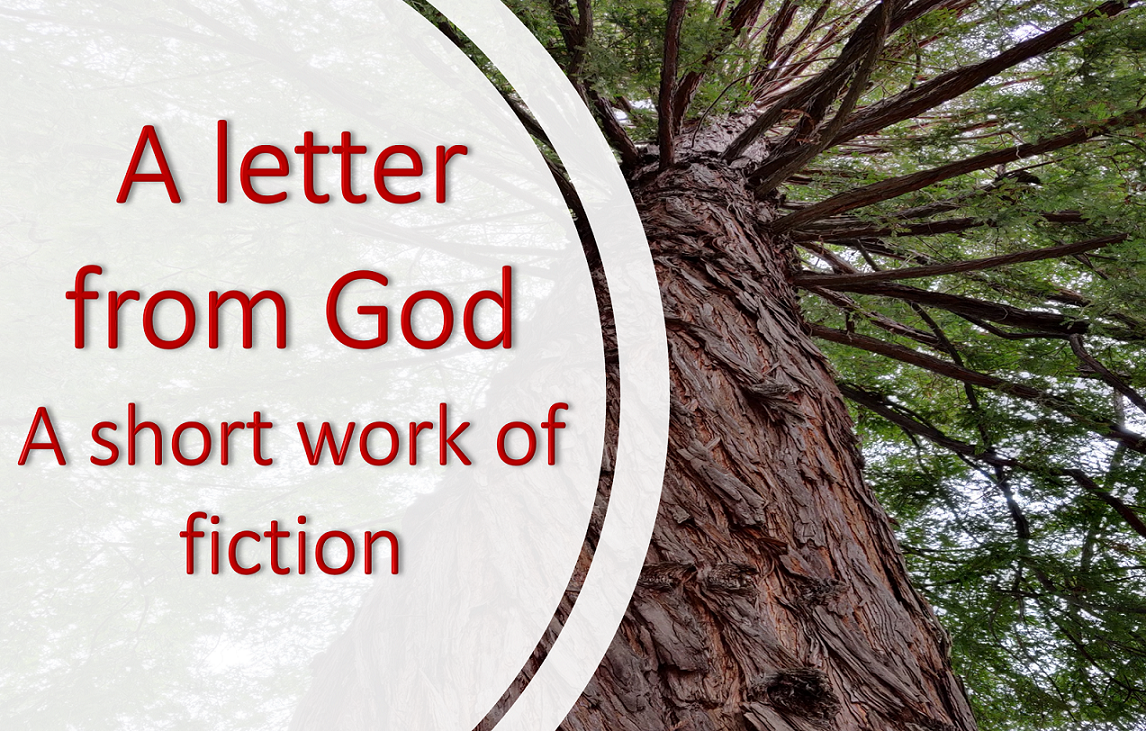 A letter from God, read to you

I have now published the most recent story as a video on YouTube. You can listen to this without viewing the video if you have…

A letter from God

I created the universe 14,000,000,000 years ago. It was a trivial thing. It took me barely a click of my finger. I created a singularity, you see, and then everything flowed from that.

I am a patient being. I have existed forever, but only created the universe when I did on a whim. The readers of this document don’t need to know why. Nor what I was doing before. That’s part of my wonderful mystery. Go about your business, do not worry about my intentions, my actions, nor my experience.

When I made the universe, I knew that eventually some intelligent species would develop. One, I knew, despite quantum physics’ implicit uncertainty, would look a lot like me. I knew this even though everything about the structure of the universe I clicked into existence does not allow reasonable predictions of the future. Of course, us wise ones know that I am writing this only to be read by the intelligent beings that do exist. Perhaps there are billions of universes where that evolution did not occur and that the ones reading this are in one of the ones where they do. Of course that’s the case, how else could it have been?

So, you, dear reader, you look exactly like me. When I said I clicked my finger in the first paragraph, you were right to imagine a brown, pale brown, pink, yellow, or red finger that looks a lot like an ape’s finger, clicking against an opposable thumb.

The family bundled out of the car and into the sculpture garden. The sculptures were by many different artists from all over the world and were surrounded by forest. Because it was Halloween, the leaves were various shades of orange, red, gold, and brown. In the parking lot, a worm was struggling to get over the dry concrete.

Elizabeth who was four, nearly five, jumped into each puddle between her family’s car and another that was already parked. Then she saw the worm, gathered it onto a leaf, and moved it onto the nearby grass.

“How did this get here?” Elizabeth wondered, excitedly, and then yelped in delight – words evading her. “I wonder if it was a fairy?” she said, almost to herself.

From behind a nearby granite boulder, the fairy covered its mouth with its hand and snickered. Leaving chocolate for good little girls made the fairy very happy indeed. It flew on to the next sculpture that it knew the girl would reach and pulled another chocolate bar from the little bag wrapped around her waist. The bag couldn’t go over her shoulder, of course, because it would be in the way of her wings.

As the garden grew, she started to fade. We got married on the beach in Maine, in April. At the time that had seemed like a good idea. Her parents had visited me in Norway in April the year before and it had been hot and sunny. And Maine is further south than Norway. And she is from New England, she would know what the weather was like. Years later on our anniversary, standing on that beach, in the driving snow-laden wind and feeling cold to the very core, I wondered what we had been thinking. We had been so lucky.

This year as the sharp shards of ice melted, and as the floods flowed through the Flume, and down waterfalls, we prepared a garden. We planted beans in our garden, at the back, up against a fence they could grow through. At the front of the plot, we planted cucumber plants, with another small fence for them to grow through. And in the middle, tomato plants, radishes, cabbages, cauliflowers, and many others. Tomayto – such an American thing to say. When you aren’t around Americans all the time, you can forget it’s not just something Americans say to sound silly.

As the rain pattered against his hood, he hunched his shoulders, hoping to stop the icy rain from hitting his face. The coat was old and wasn’t as good at keeping out the rain as it had once been. The tired seams were more relaxed and the fabric itself was thinner.

As he walked through the gloomy weather, along a street from-which the rain had sapped all the joy and life, he came across a woman. She smiled kindly, and invited him into a nearby cafe for a cup of something warm.

The pair sat opposite each other at the café table. The lady looked kindly at this person on whom, it appeared, fate had visited unkindness. The man kept his head low, as if still trying to avoid the rain. He always did this. It was a defense mechanism in a world where some people were not kind. It also had become a habit.

No-one had ever left the town before. All the people knew that the forest was too thick. Once a generation or so, a brave person would strike out into the dense canopy seeking to find another part of the world – literally anything other than the town and the surrounding forest.

Some had returned, turning around when they had under half of their rations left. They returned, but their stories were boring: The forest was the same for as far as they could tell.

Each tree was tall, with beautiful canopies that vied for the sunlight with its neighbor. Children would often climb to the top to see what they could see, but what they found was always that there were more trees as far as the eye could see.

Sarah grew up in the town in the forest.

“Sarah! Are you listening to me?”

Sarah jumped in her seat. She had been flying around the town, preparing her wings for the long journey over the forest.

Asleep once more, Jake imagined some rockets onto his feet, and propelled himself up into the sky to get a better view. Beyond a giant wall was a flat, greenish ocean. Out on this green ocean was a house, and in that house was a door.

Having destroyed the house that surrounded the door, he glided down to the ground, letting his rockets slow his descent like a Pixar superhero. He opened the door and looked in, wondering what he would see. As soon as he did this, he remembered that he had tried to look into the door before and had never been able to see anything. He stepped through the door.

Jake tried to glance down at his arms, but quickly realized that his head was not able to move relative to the rest of himself. He tried out his arms, but found he had more than two, and that his legs were indistinguishable. When he thought about his limbs, he was able to think of six, and there was no hierarchy.

Jake pondered then, how it is that you know where your arms, fingers and other body parts are, when you cannot see them. If you close your eyes and lift your arms above your head, you know they’re above your head, even though you are not touching them with any other part of your body that has a sense of touch.

Jake mentally explored his body. He could feel a tail, although it had a very restricted range of motion. He could feel wings, and six legs, and two antennae. This was a great experience. All the time he was thinking of this, he suddenly realized that there was movement visible above him.