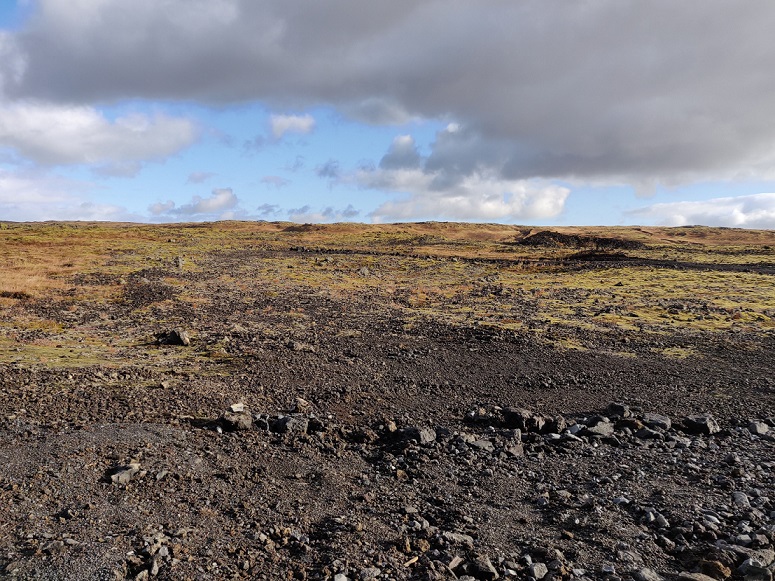 The waves hitting the stony beach emitted white noise as the freezing water receded before rhythmically repeating the crash and retreat. The frequency was not regular, and this arrangement of sounds settled Gary’s heart as he looked out across the empty water in front of him. As impenetrable as a sheer cliff.

The sky was orange at the horizon, with pink, mauve, purple and deep blue in gradients from that point to the high, cloudless sky.

Again he knew he was waiting for someone, but again he had no idea who, or why. This was very unsettling.

As he thought about how he had arrived here, and why he knew this place, but also did not know it, he realized he must be dreaming again. He relaxed a little, and waited to wake up.

At first Gary didn’t notice it, but slowly it became more obvious that a giant ship was coming over the horizon. Within mere moments, the details on the front of the ship were visible, and within only a few more moments, the colors of the ship’s flags were clear. Gary didn’t recognize the flag.

It took maybe a minute before Gary realized quite how fast the ship was moving towards him, and by then all he could do was run across the stones perpendicular to the ship, so that it did not strike him directly. The ship crashed into the previously-calming stones, sending pebbles and gravel flying in all directions.

One of the stones hit Gary in the shoulder, and he winced at the pain, as he continued running.

Gary woke, with a start. Back in his bedroom in Reykjavik. His bedroom was cool, but not the biting cold of the seafront. Gary rolled over slightly, and winced in pain as his shoulder pressed against the mattress. That’s why that was in my dream.

There was a rumbling noise, and again Gary was looking out across the bleak, but somehow stunning, landscape. This time, though, there were a few trees in front of a large mountain, and Gary was aware that he was on a slope. The air smelled putrid, like sulfur, and eggs. Gary looked at his watch, but the cold was not so severe, and his wrist felt cold, not savaged, by the air.

A giant roar made Gary turn around, and he saw a cloud of water and steam that had just been created by the geyser named “Geysir”. As he turned, his feet splashed in the puddles of sulfuric water that he was standing in. He glanced around, looking for whoever he was meeting, and then realized he did not know who that was.

On the ground, Gary saw a ring, luckily sitting between puddles of hot sulfuric water. He bent down and picked it up.

As he rolled over on the mattress, he felt his fingers ache, and the impression of a metal loop between his thumb and index finger. He lifted, with some effort, his heavy eyelids, to look at his hand, and saw the ring he had picked up at Geysir.

“This has not been a good night’s sleep” Gary thought, as he rolled over in bed. As he had that thought, his alarm went off and he resignedly got out of bed, and swiped at the dismiss button on his phone’s screen.

After showering, getting dressed and eating breakfast, Gary opened his shoe closet and found the shoes he usually wore to work, covered in yellow mud. Baffled, he rooted around for the other work-appropriate shoes, and slipped them on.

His day was uneventful, and by the time he was walking home from his office, he had forgotten the night’s sleep, and the weird dreams that had taken him all over Iceland. He opened his bright red door, and walked into his relatively bare town house.

After eating dinner, he played video games all evening, giving no thought to the giant ship, the pain in his shoulder that he was no longer experiencing, nor the ring he had found at Geysir.

Tired from the interrupted sleep the night before, Gary went to bed early, relieved that it was Saturday tomorrow, and that there was no need to get up in the morning at any particular time.

Gary turned around as a small horse whinnied, and as he turned, he saw the small white building where the horse lived, as well as a beautiful snow-strewn mountain against the pure, deep blue sky. Gary felt his heart-rate elevated. He felt an urge to walk towards the human-door to the white building. Obediently, he walked towards the unfamiliar door, not knowing why.

When he got there, he knocked on the door.

The blonde girl who answered, smiled broadly. “Since when do you knock?” she asked in ever-so-slightly accented English.

Gary furrowed his brow, and then knelt in the doorway, without knowing why. The girl, whose smile was already broad, broadened into a gleeful grin, as she nodded enthusiastically. “Yes, yes, of course, yes” she said.

Gary looked down at his hand, and saw the ring in his hand.

His eyelids ached as he opened them in his bedroom in Reykjavik. He groaned slightly as he felt the need to stretch.

“Morning” said the girl from the dream.

“Did you hear about the ship that crashed into Hafnarskeidh?” she asked. “It happened two nights ago. Strangest thing.”